The Back To School Shopping Spree

This time next week the kids will be back at school for the start of the autumn term, I therefore spent this afternoon running around an array of shops collecting the remaining bits of uniform which our children required.

After filling the children with MacDonald’s fine dining (aka a burger and chips) we made our way to Clarks where I parted with my pennies (four thousand pennies to be exact!) in exchange for a pair of children’s shoes which I am almost certain will be scuffed and scratched in next to no time. J on the other hand had the forethought to save us some money by preventing his feet from growing any further, which in all honesty was probably wise as his feet are so big that he isn’t far off having flippers for feet!

To celebrate the successful shoe shop we decided to continue our search for shoes further up the road, which is where we were fleeced for two pairs of trainers and a bag full of toys from the adjoining Entertainer store. Thankfully there was a sale on and the children spent money that they had either been given or had saved for themselves; this gave each of them a little perspective upon budgeting and certainly opened their eyes to the cost of the ‘plastic fantastic’ which they seem to adore. With yet another L.O.L doll in the bag, E was certainly a happy bunny, meanwhile J had spent his money on some Nerf goodies (which I have already been shot with several times since returning home). 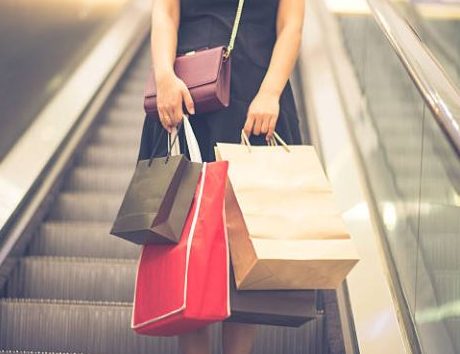 By this point my head was pounding and my flexible friend wasn’t feeling quite so flexible anymore, though somehow I found the energy to continue the carnage by taking our tired two along to Identify for further prodding and poking as we pulled jumpers on and off the children. We were then offered bits of paper in exchange for our money – bits of paper wasn’t really the result I was hoping for but still, the jumpers have at least been ordered and until then, J will just have to squeeze into his slightly snug jumpers which lets be honest, he barely wore anyhow!

To finish the day we ran around Asda, Tesco and Bits Missing (aka B&M Bargains) to pick up a few pairs of pants and some groceries, we then made our way home with a heavy boot load and much lighter wallets.

To say ‘I am done’ is an understatement, other than collecting the jumpers once they are ready, I am sooooo done with school uniform! How I have the patience to deal with this annual uniform anarchy is beyond me, it’s a bit like having a filling in that it’s rather expensive and there is nothing whatsoever enjoyable about the experience.

On that note I am off to pack my bags and to sort some food before it’s ‘nil by mouth’ for the night. On a positive note, at least I will have a few hours rest tomorrow!

Considering The Right School For Your Young People

What Can Parents Do To Improve Their Child’s Time At School?

Tips on How To Prepare Your Child (and You) for School

How College Learning Is Evolving

Back To School & Autumns Arrival

Returning To The Routine